What is a Deck Barge? 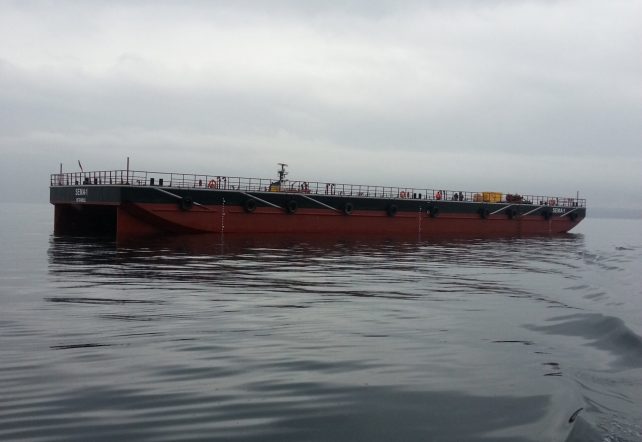 As we mentioned before on our blog post Types of Barges (which contains very useful information) it was explained superficially. Now you can find detailed information about Deck Barges.

Also called or known as a flat deck barge. Deck barges can vary in size and overall design depending on what they are used for, and some include rake decks. Those with rake decks have curved bows that allow for less resistance when being pushed, which can make transporting and shipping items on the deck easier. Some of the items commonly transported/stored on deck barges include crane, excavators, pipe, piling, rock, fabricated structures, and certain kinds of liquid cargo. Occasionally, these types of barges are utilized as work platforms, allowing offshore projects to conveniently extend beyond land. Deck barges are common in marine construction, dredging, bridge construction, bulkhead construction, and in the offshore gas and oil industry. A deck barge’s deck can accommodate large objects such as sections of bridges in addition to bulk materials, machinery, and equipment.

Deck barges can cope with an enormous amount of damage and unbelievably still survive.

Depending on the size, age, and overall specs of a deck barge, this type of equipment is usually valued between $100,000 and $4,000,000. Before mentioned, deck barges commonly last several decades or more. It is common to find deck barges from the 1950s still in use due to their durability. Because of this, buying used deck barges is a great alternative for many companies on a budget. For temporary use, some companies decide to charter rather than outright purchase deck barges.

You can find Sema-1 (belongs to our company), deck barge for sale, designed and constructed specially and carefully. 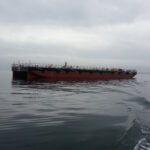 Deck Barge For Sale, you can check our deck barge vessel which has very good and special design so that available for most compelling projects.